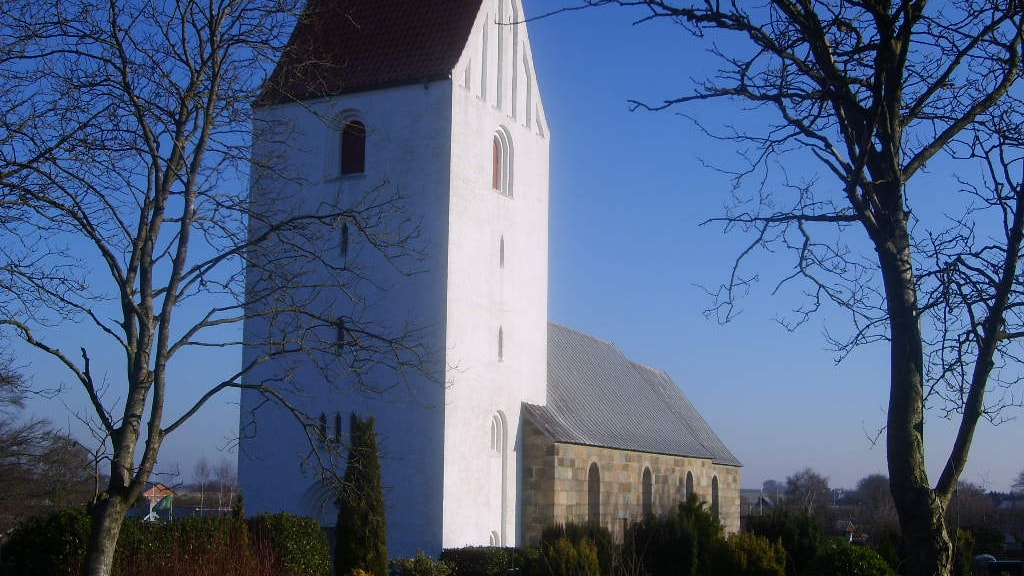 The altarpiece consists of a mosaic pane in the eastern gable of the chancel (the painter Havsteen-Mikkelsen: "The walk to Emmaus"). The previous altarpiece now hangs on the northern wall of the nave.