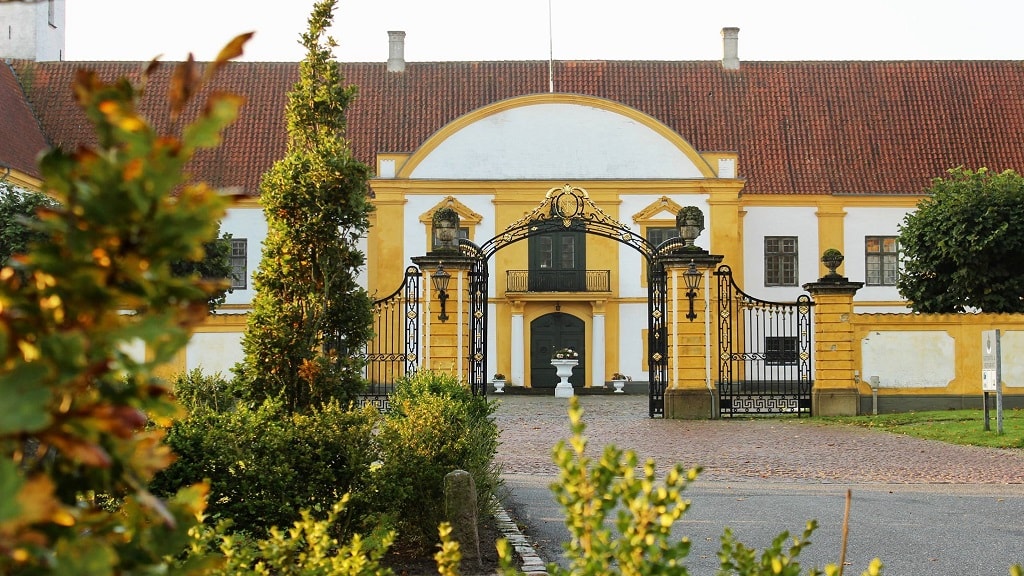 Located in the middle of beautiful nature, Dronninglund Slot offers a quiet space for contemplation and time to enjoy with the one you love.

The beautiful white castle located in the beautiful nature of North Denmark is an experience you won't forget any time soon.

Royally decorated and furnished in a style style that fits with its long and royal history, Dronninglund Slot is worth a visit. Here, your overnight stay becomes historic.

Dronninglund Slot is a modern hotel and conference center at the same time. The manor offers great tasting experiences at the castle restaurant Prinsesse Sophie Hedvig, from which you have great views over the garden and castle chapel. The rooms are decorated with an eye for the romantic castle style, at the same time offering modern facilities and Danish design classics.

Dronninglund Slot is in three floors: The castle basement, Restaurant Sophie Hedvig and the fireplace lounge on the ground floor. On the first floor you find The Blue Hall, two dining rooms and two towers, and on the second floor the castle's largest dining room and a tower as well.

Originally, Dronninglund Slot was a nunnery named Hundslund Abbey around the year 1100, belonging to the Benedictines. Over time, the abbey became both very rich and prestigious, as it was given 100 farms by Queen Margrethe the First.

Hundslund Abbey ended up belonging to the crown under the Reformation, and subsequently was given to several well-known vassals. In 1690, Christian V's queen Charlotte Amalie took over the manor and give it its present name, Dronninglund. Queen Charlotte Amalie passed the manor on to her daughter, Princess Sophie Hedvig. Since then, Dronninglund was passed on to others within the royal family, counts and consuls.

The castle is located right at the edge of Dronninglund Castle and close to the golf course and Dronninglund Art Center.