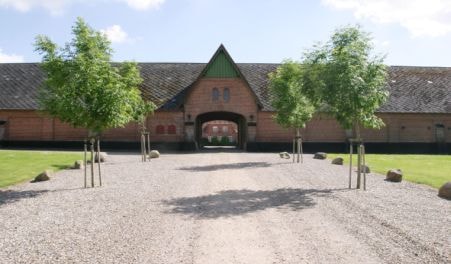 The manor Hesthavegaard, one of the largest estates in the area, earlier belonged to Spøttrup castle. It dates back to the 17th century and has been gently restored during the past few years. First floor of the manor house contains four double rooms with a view over the beautiful park. It is possible to rent the rooms. Including in the rent apart from the four rooms are also two bathrooms, separate entrance. and kitchenette with coffee maker.
Breakfast not included.