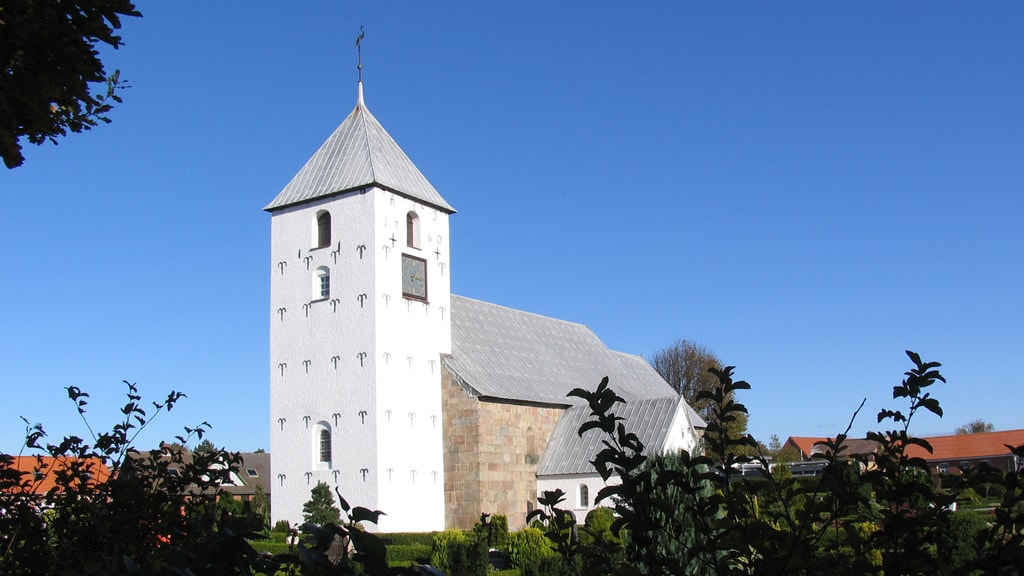 Horne Church: A Romanesque chancel and nave in granite from the 12th century, with a late medieval tower and porch. Originally consecrated to St. Lawrence. Has been the chapel of ease to Thorstrup since the Reformation, and like Thorstrup bears the stamp of its connection with the local manor, Nørholm: the crane, the spire, the doors, the sundial and inscriptions ACT. At the beginning of the 16th century the church was provided with vaults.