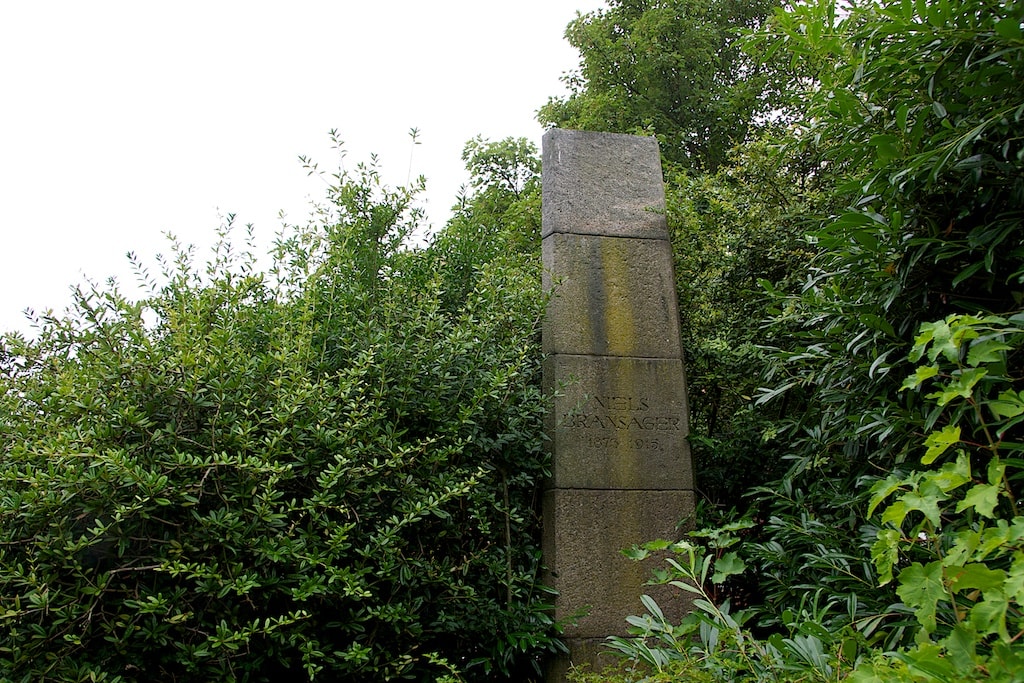 Memorial stone for the editor and politician Niels Bransager, erected on 24 September 1916 by his friends and political party colleagues in district Køge.

Niels Bransager started his career at Politiken Newspaper as a journalist, later became editor, and in 1902 he became the editor at Ringsted’s liberal newspaper Folkebladet. He wrote and published many agricultural articles.

Bransager took part in the splitting up of the Left Wing Party and in 1905 he wrote the party program for the new party, Left Radical Party. From 1908 he became Member of Parliament (Folketing) for this party but had to stop in 1910 for medical reasons.