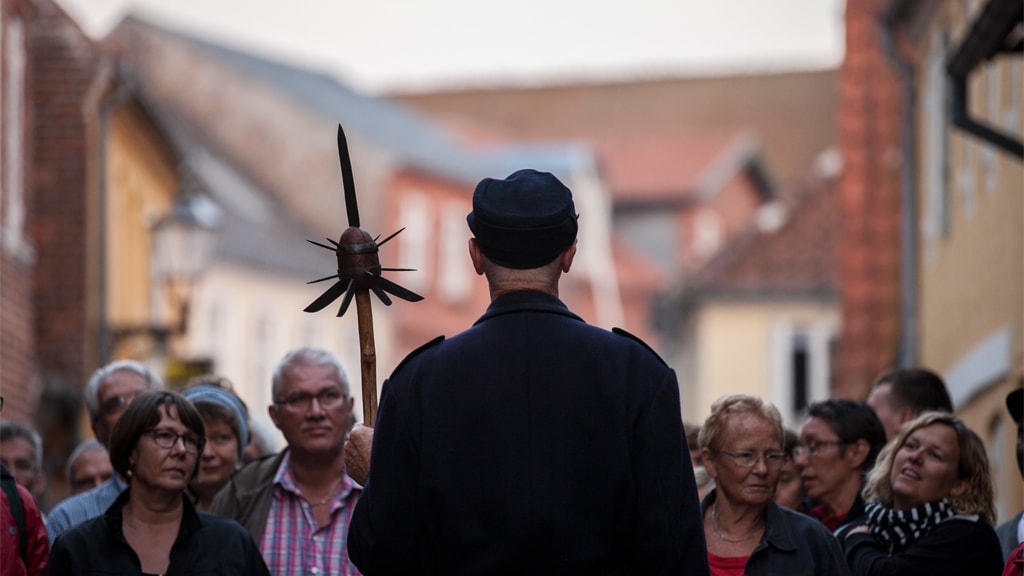 Foto: VisitRibeEsbjerg
Activities
Tour suggestions
Ribes Night Watchman creates a very special mood that takes you back to a time without modern policem en and alarms. The Night Watchman sings his songs and tells the dramatic stories about the history of Ribe.
Indirizzo

The Night Watchman goes his traditional round almost every evening during the summer season. The tour starts from the market place in front of Restaurant Weis Stue. It is free to join him. Duration approx. 45 min.

In the old days it was the job of the watchman to keep the peace at night and in Ribe he also had to warn the population of impending floods. The modern police slowly took over, and the Night Watchmen in Ribe ended their work in 1902.

In 1932 it was decided to take up the Night Watchman tradition as a tourist attraction.

The tours are in danish and english.

The Night Watchman rounds start on June 15th and only with an audience of 49. Stickers are handed out to the first 49 according to the first-come, first-served principle. Registration is not possible.