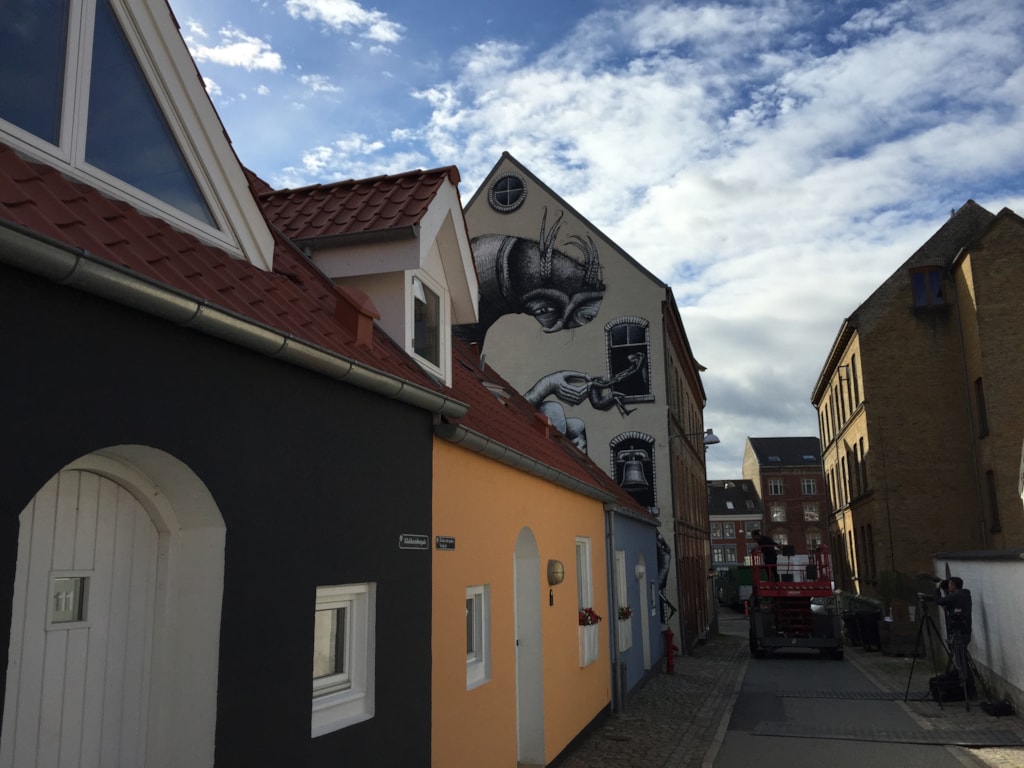 UK based Phlegm has visited Aalborg and created a fantastic mural

The pseudonym “Phlegm” has its origin in the four bodily humors in ancient Greek medicine: Blood, yellow bile, black bile and phlegm. At that time, it was believed that phlegm was responsible for an apathetic and unemotional temperament. Born in North Wales, Phlegm is known all over the world for his illustrations, his cartoons and his highly recognizable street art which he prefers to spray onto very large walls. Street art has become an increasingly important part of Phlegm’s work as he believes that paintings in the street become an integrated part of a city’s architecture. His work can be seen all over the world, however, most of it is located in the UK.