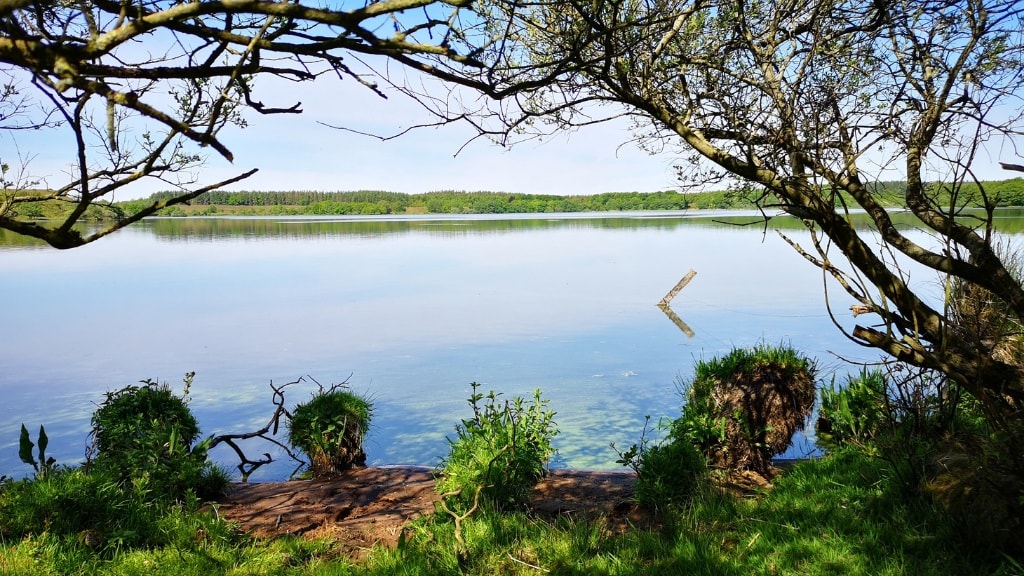 Despite many attempts to drain the lake towards the end of the 19th Century it still looks just as it has done since it was formed at the end of the last Ice Age.

Ådalstien (The Valley Path) round Flyndersø (Flynder Lake) winds its way along the sides of Stubber Å (Stubber River) east of Sevel. The route takes in both marsh and grassland as well as passing heaths, ancient oak copses and what remains of the primeval forest that once covered much of this area.

The grassland and heath that we today regard as ”natural” are in fact a result of years of soil depletion after forests were cleared.

The route takes you past a number of ”kettle holes”. These were formed at the end of the last Ice Age by massive clumps of ice which remained when the rest of the ice had melted away. Flyndersø was formed by a number of adjacent kettle holes which joined together. Much of the area around Flyndersø is now protected, and animals and birds flourish here. Three times the path crosses fenced areas in which cattle is allowed to graze. The animals are friendly and used to people.