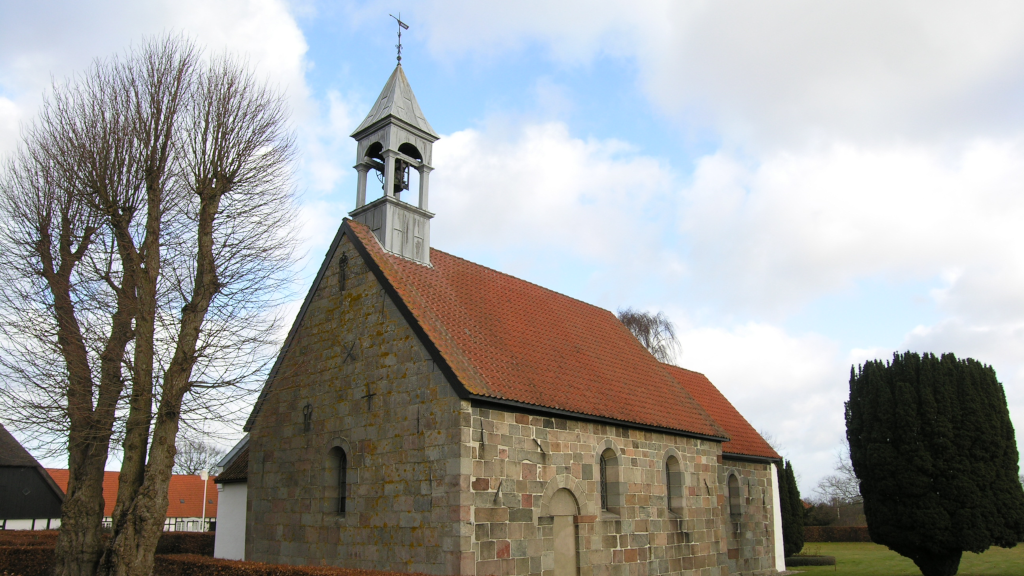 The chancel and nave of this church are from c. 1200, and both original portals still remain. The porch is a later addition, and a ridge tower was set up in 1891 to replace a previous construction.

The original chancel arch, with a relief frieze depicting Adam and Eve and pictures of Christ is completely unique.

The early 16th century triptych shows Christ between the five wise and the five foolish virgins. The centre panel shows the Madonna and child above the saints Katarina and Barbara who each are stepping on their oppressors: the Emperor Maxentius with the wheel and Barbara?s father, with the tower where she was incarcerated in the background. The side panels show the 12 apostles.

The font has a Romanesque bowl.

Open during the sexton's working hours. Keys are available. For further details, please see the notice board.