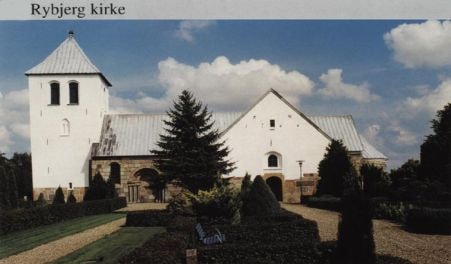 The impressive and interesting Romanesque ashlar church was built with apse, chancel and nave. In late Middle Ages, the tower and porch were added, and the dominating chapel on the south side dates back to 1766.
The altarpiece is from the start of 16th century, but the paintings are younger. The pulpit is also from the start of the 16th century.