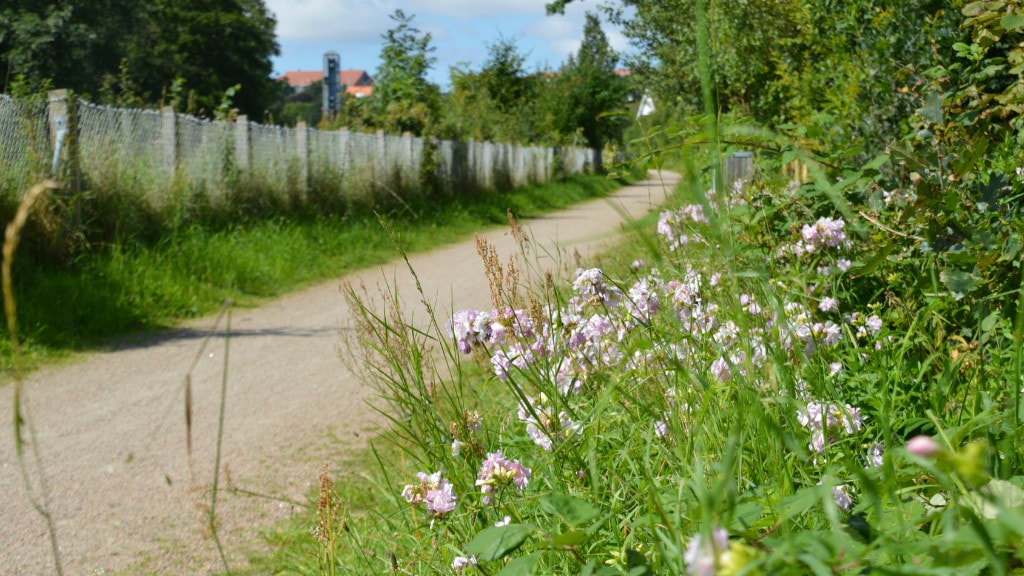 Salling Natursti (nature path) is 29 km and follows the old railway from Skive to Glyngøre. The railway was opened on 15 May 1884. The last stop was actually in Nykøbing on the island Mors and a train ferry connected the two train stations Glyngøre and Nykøbing. The railway was of great importance to the Salling peninsula and the towns along the track grew around the train stations. In the mid 1960s the railway’s destiny was sealed when it was decided to make the new bridge between Salling and Mors accessible for cars. On 22 May 1971 the passenger service stopped and the freight service followed in 1979. There was no activity on the track until the establishment of the nature path started in 1986. The nature path was established as part of an occupational project and funded by the sale of rails and railway sleepers. Red and white mile stones along the path indicate the distance to the station in Skive. On your way you can stop at six different resting areas. The path starts at Skive railway station.