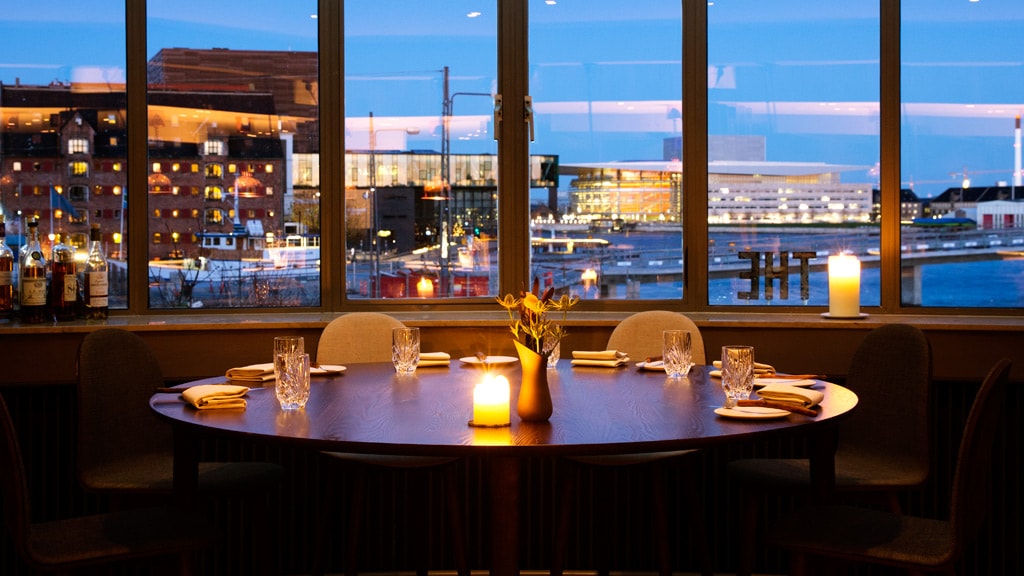 Indulge in a Michelin-starred dinner, top quality “smørrebrød” and beer at this icon on the harbour front.

This beautiful piece of functionalistic architecture used to host the custom authorities, but is now home to two fantastic restaurants and a bar.

In the beautiful building, you can opt for a classic Danish lunch with open-faced sandwiches, a gourmet Michelin-starred dinner or a cold beer in the bar.

The two restaurants, Almanak and Studio, serves food from the Nordic kitchen. Almanak offers traditional Danish open-faced sandwiches, and in the evening the restaurant will serve ”food that your grandmother would have made if she had known what we know today”.

Studio is inspired by Danish as well as international landscapes and creates dishes that represent our nature. Here you can expect to taste something that you have not tasted before. Furthermore, the food will be prepared in an open kitchen.

The acclaimed local brewers of Mikkeller has a pop-up bar with foods, coffee and of course their famous beers. Its name is Haven after this summer’s festival, which is the brainchild of Mikkeller-founder, brewer Mikkel Borg Bjergsø, Aaron and Bryce Dessner from the band The National and Claus Meyer - the Danish gastro entrepeneur who's also behind The Standard's two restaurants.

The building is a perfect example of Danish Functionalism - a term usually describing the Danish branch of functionalistic architecture which had its heyday in the 1960s and counted big names like A C.F. Møller, Kaare Klint and Arne Jacobsen.