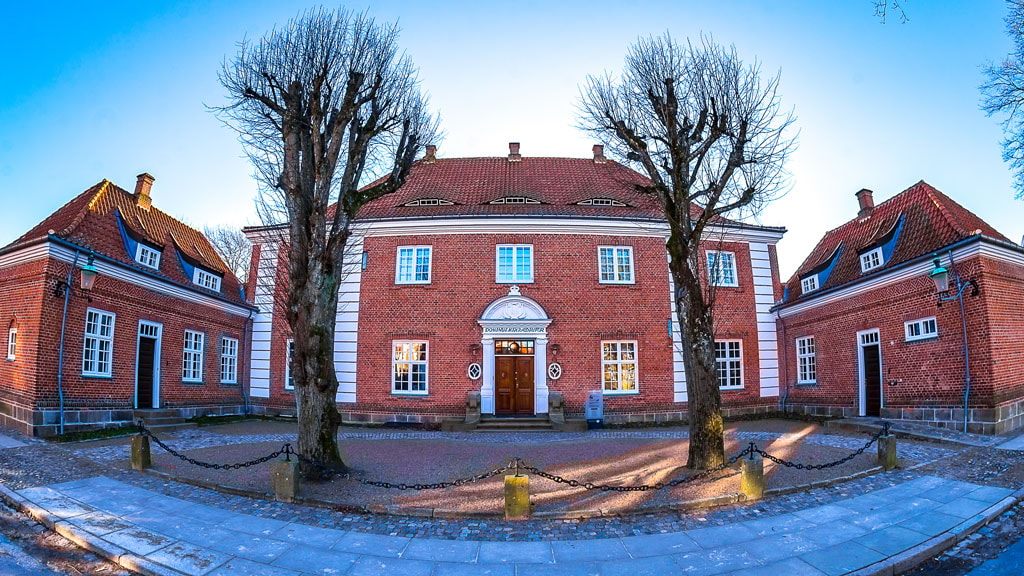 Foto: Aage Møller
Attractions
Buildings and townscapes
The beautiful Amtmandsbolig in Hjørring was designed by the neoclassical architect Hack Kampmann. The building is an elegant representative of Kampmann's time as a kgl. building inspector in northern Jutland from 1892 to 1920. The county residence was completed in 1910 with the two side wings and the domestic wing to the east which is listed as one house. Shortly after, another administration wing was built to the west.
Indirizzo

The large beautiful garden probably dates back to the 1820s. Originally, several similar gardens were in Hjørring, but the garden at the county office is the only one that has been preserved. The garden's shenanigans are the small gazebo as well as a pergola with efeu. In front of the county man's residence is a small plant with grass and trees where you can enjoy your lunch or just relax in the beautiful surroundings.

In 2014, the building was renovated, but with the same building style preserved. In addition, the garden has become more open and inviting.

If you want to know more, you can read the book "Amtsmandsboligen i Hjørring" written and published by Realdania Byg. The book also contains an excerpt from another book "It Was Another Time" in which Bente Simspon talks about what it is like to be a county man's daughter in her late 30s and early 40s.