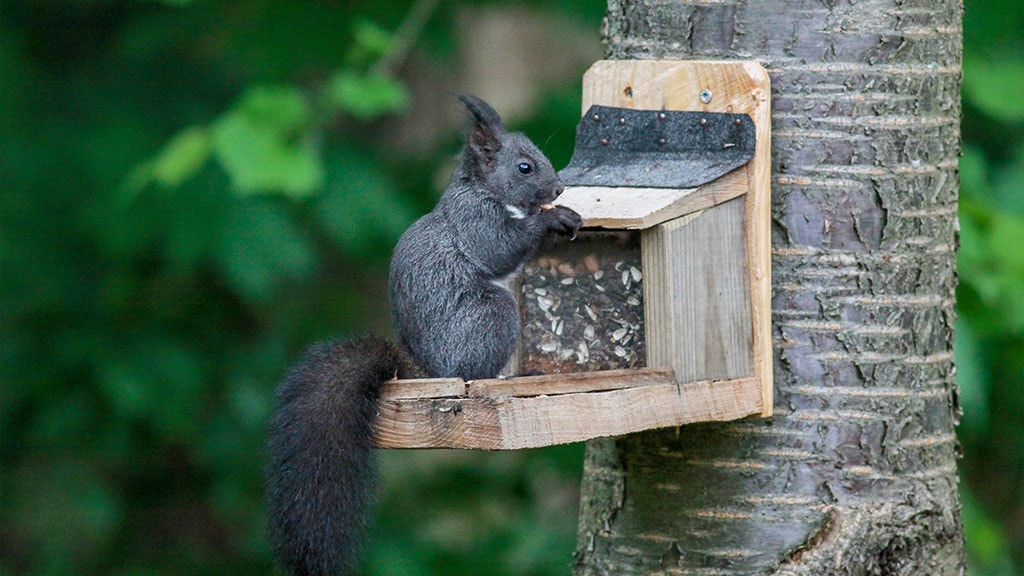 The black squirrels of North Langeland

The black squirrel first came to Denmark around 11,000 years ago, when trees again became established in the Danish landsape after the last ice age. The black squirrel was for a very long time “king of the trees” in Danish natural history, but after the arrival of the red squirrel, the size of its population fell drastically.

The reason for this is that both the black and red squirrels are members of the same species and can breed freely. But the genes that give the squirrel a red coat are dominant over the genes that give a black coat. Therefore the black colour variant will disappear over the course of a relatively small number of generations and we will loose this beautiful animal. Only on islands where there are no common red squirrels will squirrels with a black coat survive.

No one knows when squirrels disappeared from Langeland
Archaeologists have found squirrel bones on Langeland that date back to the Stone Age, and they presumably lived on Langeland until sometime in the Medieval period, when forest cover on the island fell drastically, and was partially destroyed by pigs, horses and cattle grazing in the woods here.

Project Black Squirrel on North Langeland
The total absence of squirrels - both red and black - provided the background for the decision to re-introduce black squirrels onto Langeland in 2011.  To help secure the survival of this animal Denmark’s Society for Nature Conservation, the National Nature Agency, Aarhus University, Denmark’s Natural History Museum and Langeland District Council all came together to start a rescue mission: Project Black Squirrel.

A Peaceful Rescue Mission
To ensure that only genetically-pure black squirrels were released into the woods of North Langeland, all squirrels were thoroughly screened before they were set out. Blood samples were taken from the animals, and while these were being analysed the squirrels were kept in quarantine in a large, spacious enclosure.

Once there genetic makeup had been established, the squirrels were transported to North Langeland where they were again kept in a large enclosure so that they could become accustomed to the “air” on Langeland and gradually adapt themselves to the local environment here.

In 2011 14 individuals were released into the woods of North Langeland and in 2012 a further 13 squirrels were brought to the island. One part of Project Black Squirrel  involved providing a free feeding station and squirrel food to people living in the area, if they agreed to keep a record of squirrel sightings which would help Denmark’s Society for Nature Conservation monitor the population.

Today around 100 black squirrels live in the woods of North Langeland.

Black squirrels can be seen in a number of woodlands in the north of the island, particularly Bræmlevænget and Mørkholm.