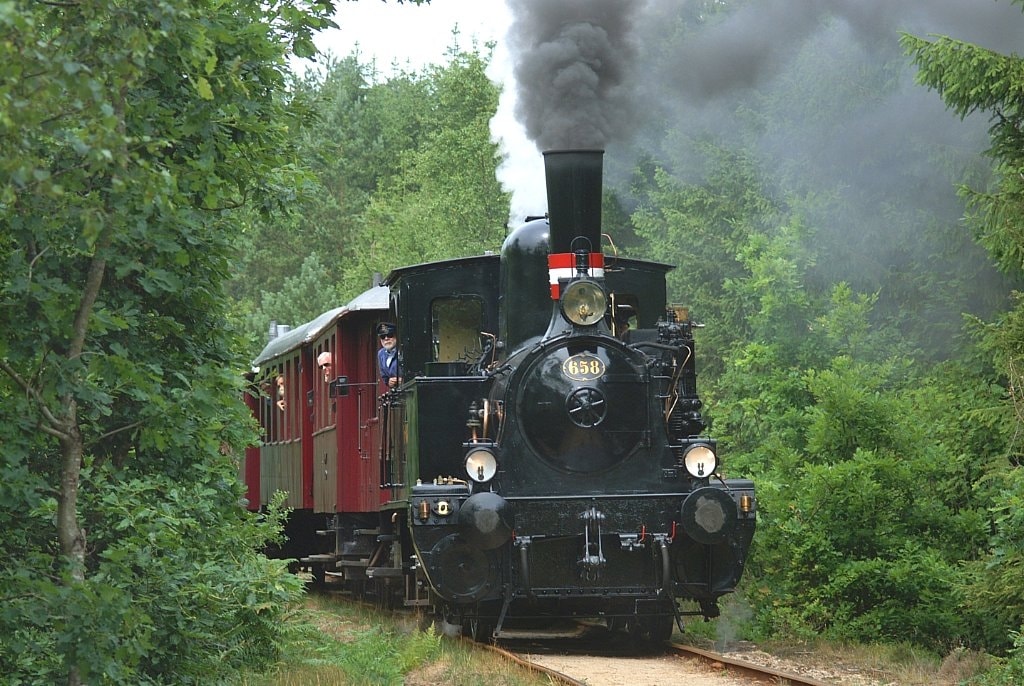 Foto: Bryrup
Attractions
Buildings and townscapes
Visit the delightful station town of Bryrup, located between Silkeborg and Nørre Snede in a deep valley surrounded by lakes and heathland. The city is home to 1,570 residents, and was originally a station city known as Denmark’s Most Beautiful Railway due to the beautiful scenery it ran through.
Indirizzo

A small section of the old railway still exists and now operates as a veteran railway from Bryrup to Vrads – a stretch of 5 km. The Silkeborg–Horsens nature trail runs through Bryrup and the distinctive landscape with broad valleys formed by meltwater in the Ice Age. The lakes Karlsø, Langsø, Kvindsø and Kulsø, which are connected by the river through Bryrup also evoke memories of that time, and provide ample opportunity for fishing. In ancient times, there was a spring at the foot of the hill leading down to Bryrup with a pagan temple, which, following the introduction of Christianity, was replaced by a church – the present Bryrup church, built in the 12th century. Bryrup is centrally located for day trips, excursions and other attractions in the area.