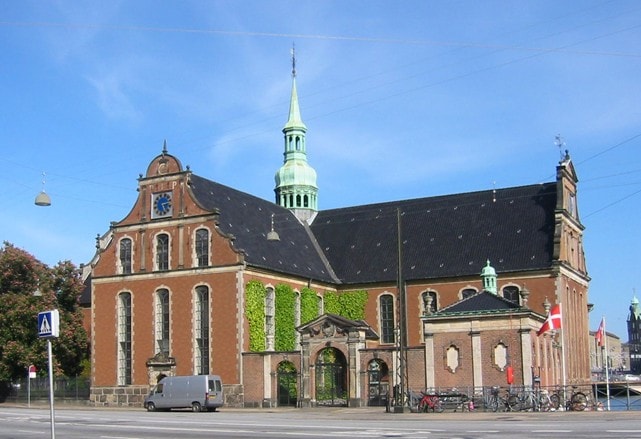 The Church of Holmen

Survived the blaze Miraculously, The Church of Holmen survived the fires that devastated much of the city in earlier centuries.

Not only is The Church of Holmen the oldest piece of Renaissance architecture in Copenhagen, but also the only church with a fully intact 350-year-old Renaissance interior.

Originally, the building served as an anchor smithy, but it was transformed into a church for sailors by King Christian IV. So, it is no mere coincidence that Tordenskjold and Niels Juel, two of Denmark's greatest seafarers, still rest in their sarcophagi in this church.

The votive ship hanging from the ceiling is a model of the Christianus Quintus, Niels Juel's flagship built at the naval dockyard in 1904. The history of the church also reveals the less flattering fact that Tordenskjold's coffin was originally tucked away by the authorities who were in the precarious situation of owing Tordenskjold a large sum of money. Not until 1819, one hundred years after his death, did he get his marble sarcophagus. In 1995, an official funeral ceremony was finally held in the church, some 275 years after he had passed away.