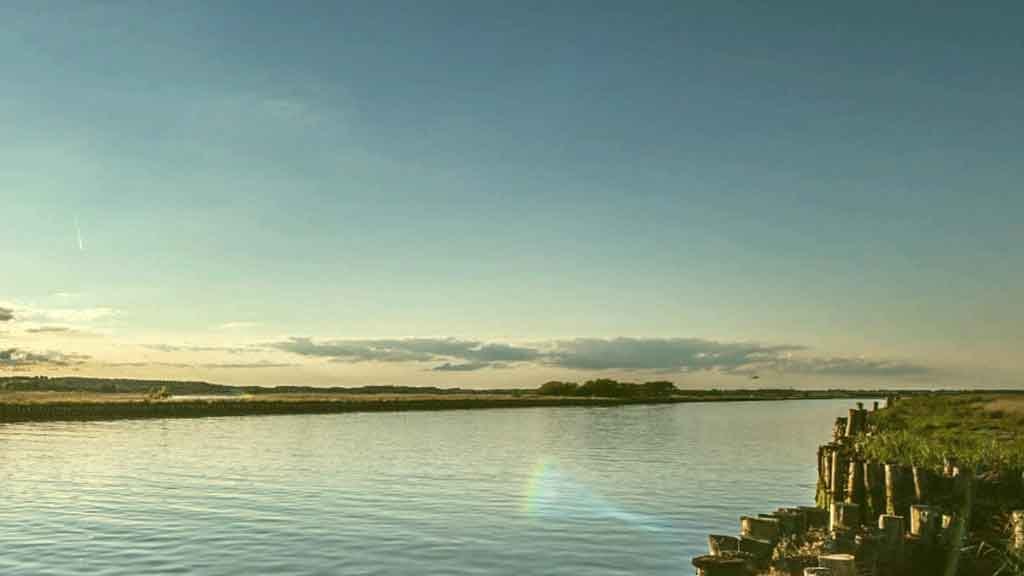 Cycling route: Around the Randers Fjord

Foto: VisitRanders
Activities
Tour suggestions
This tour leads all the way around Randers Fjord. It is possible to shorten the trip by crossing the fjord with the ferry at Mellerup-Voer. Length of the route: 85 km / 48.4 km.
Indirizzo

Randers Fjord is approx. 30 km long from Randersbro to the fall into the Kattegat. On the first long part from Randers the fjord is more like a small river, and it is not until Uggelhuse that you can call it a fjord. This tour leads all the way around the fjord, at first on the northwestern side and thereafter on the eastern and southern side, after you have crossed the fjord at the fall in Udbyhøj on board the cable ferry. However, it is also possible to shorten the tour by crossing the fjord on the little ferry between Mellerup and Voer approx. halfway. Forests of reeds characterize the banks of the fjord, and in some places along the fjord it is possible to harvest the reeds and use them for thatched roofs and rush shoes.

The three villages Tjærby, Vestrup and Albæk are called “the lower villages”, because they are located between the moraine hills and the shallow meadows down to the fjord. The large four-wing farms are situated as peals on a string inside the villages, and they are characterized by having a well, which is situated in the middle of the yard.

The main building is from the first half of the 1600s, but it was rebuilt in the years 1740-50. The reason for this was that the owner, Baroness Christine Fuiren, changed Støvringgård into a noble virgin nunnery, which was reserved for daughters from the upper classes of the society. The nunnery had room for 12 - naturally unmarried – noble virgins. It was not until 1978 that the trust deed was changed, so that it became possible to refurnish the manor into modern apartments. The virgins were buried in a cemetery in the edge of the forest, and there is access to the park and the churchyard.

The Grundtvigian revival, the co-operative movement and the folk high school movement from the end of the 1800s characterize the village of Mellerup. It started with the folk high school Mellerup Folkehøjskole in 1882, and in 1891 a group of the citizens of the village founded a valgmenighed (a special form of congregation). The first priest of the congregation was the writer Jakob Knudsen, who wrote the famous psalm “Se nu stiger solen af havets skød”. The ferry service across Randers Fjord from Mellerup to Voer can be dated back to 1610, and the ferry was granted a royal license in 1740. It is the smallest ferry in Denmark, and the “voyage”, which is a total of 470 meters, lasts almost 4 minutes.

From the bird tower there is a beautiful view of Skalmstrup Cove and Randers Fjord as well as the diked-in fields.

Between Udbyhøj North and Udbyhøj South you can cross Randers Fjord onboard Denmark’s only cable ferry. It is drawn across the mouth of the river by means of steel cables. As the tour takes approx. four minutes, you have only a short time to enjoy the magnificent view to the Kattegat and the wide beach meadows. During the wars against England in 1801-14 a great number of defense fortifications were erected along the Danish coasts. These fortifications included the redoubts at Udbyhøj, from where it was possible to watch and if necessary defend the approach to Randers. It was projected in 1801, but it was not was manned until 1807. The defense fortifications was one of the largest in Eastern Jutland, and it comprised the preserved redoubt on the eastern side of the fjord and a redoubt on the other side of the mouth of the river, which does not exists any more. The two redoubts at Udbyhøj had a total of 10 canons.

The main building is from 1799, and it is obvious that the builder Preben Brahe Schack was inspired by his stay in Italy. It is not accessible, but it is possible to buy cheese and meat from the goat breeding of the farm in the farm shop.

As the name says in Danish the town arose at a bridge across the stream Alling å. A railway station was built at this place, when the railway from Randers via Ryomgård to Greenaa opened in 1876. The railway was laid down in 1971, but the station still exists. The cosy atmosphere from the railway time is intact, because the museum “Djursland for fuld Damp” is domiciled at this place, and here you can rent a draisine and cycle a tour on the 17-km-long closed-down railway section. It is also possible to rent a canoe and sail on the stream Alling å, or you can go for a drive in a fine vintage bus from the 1950s. The vintage car museum Veteranbilmuseet is housed in the yellow warehouse, and it is also possible to try sleeping in an old railway sleeper.

In Uggelhuse you can get as close to Randers Fjord as possible, and both an old landing place and a newer yachting harbour are situated here. The landing place used to be the life nerve of the town, because it was here that the catch of fish, the reeds and the rushes were landed. From the 1860s the production of rush shoes was an important extra source of income for the poor fishermen. Rush shoes were produced in almost every house of the village. The women weaved, and the men sewed in the evenings, when they had returned from fishing and the harvesting of reeds. The most hard-working rush shoemakers could supply seven dozen a week for the buyers all year round. The tradition is still upheld in Uggelhuse, and in our present time there is still a large demand for the original rush shoes.

Up to 1865 Essenbæk Church was situated on the edge of the slopes down to Randers Fjord, where we find the residential neighbourhood of Assentoft today. The church was built in the 1100s, but in the end it had to be torn down owing to decay. Instead the church was placed at the main street in Assentoft.