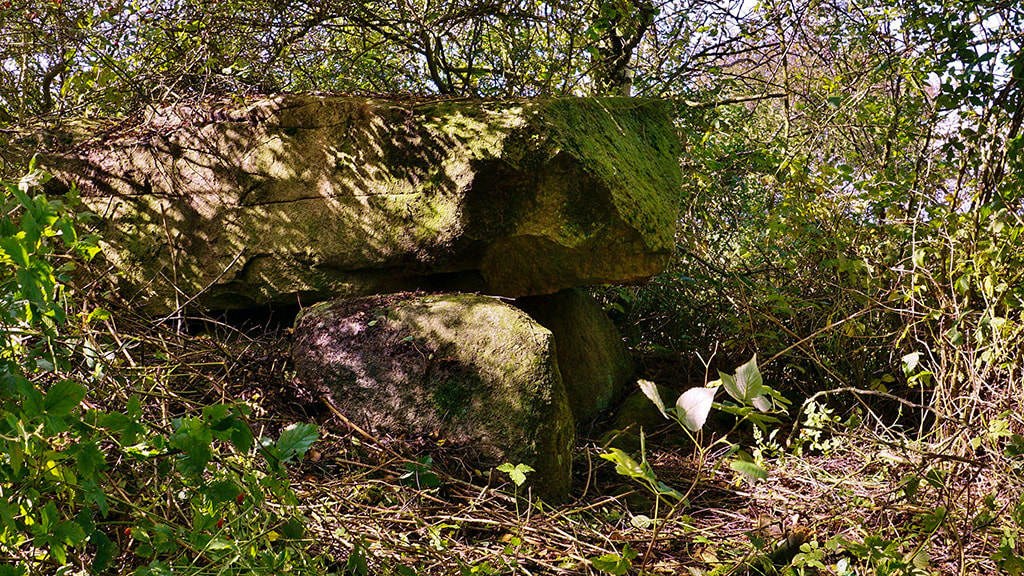 In 1875, the National Museum's emissary discovered a 35 meter long and 8 meter wide long dolmen with three chambers, all of which were located across the longitudinal direction of the dolmen. There have also been about 30 curbs on each long side. Today, only the middle chamber remains of the entire large long dolmen.

Four years after the National Museum registered the long dolmen, the landowner began to remove the ancient monument. That some of it is preserved today, we can thank J.J. Lønborg Friis for. Lønborg Friis, who was trained as a pharmacist at Rudkøbing Apotek, had a great interest in antiquity and its exploration and was active in several excavations during the years he lived in Rudkøbing.
When he heard in 1879 that a farmer was removing a long dolmen, he made immediate contact and was given permission to excavate the eastern chamber after the large stones had been removed.

The finds - pottery, flint axes and cracks - were submitted to the National Museum by Lønborg Friis - as a gift from the farm owner. By his intervention, Lønborg Friis succeeded in persuading the farmer to let the last chamber be preserved - that is what we can see today.

Lønborg Friis shared the burning interest in antiquity with a young merchant's son from Rudkøbing named Jens Winther, who founded Langelands Museum in 1900. And in fact it was Lønborg Friis who trained Winther in archeological excavation methods.

The same year that the chamber here was rescued, the then 16-year-old Winther was in charge of his first excavation of a burial ground a little west of Spodsbjerg. He wrote a full account and corresponded with Worsaae about the findings. Lønborg Friis later moved to Vendsyssel, where he founded Vendsyssel Historical Museum.