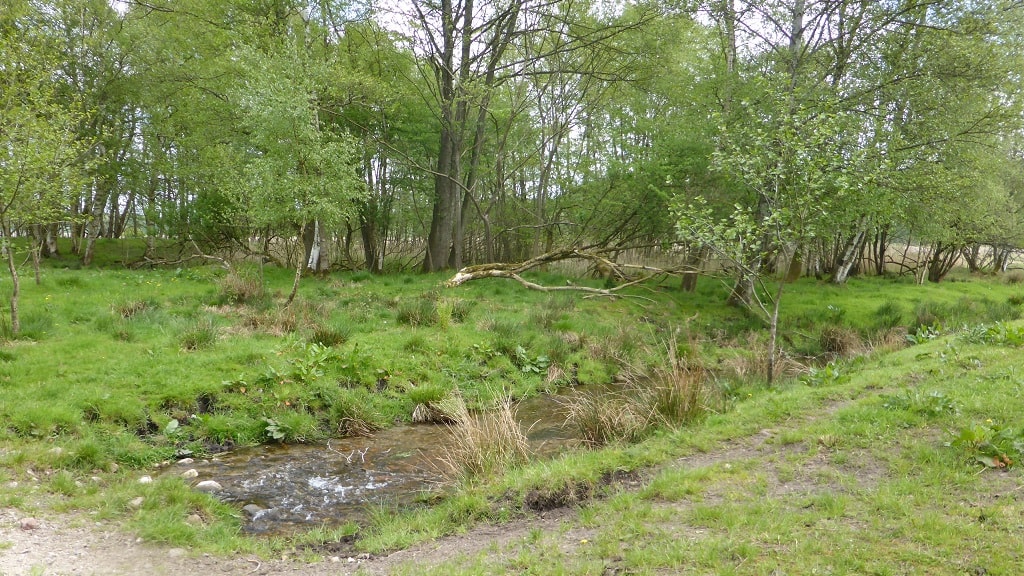 Egebæk spring runs out of the limestone hill west of Hvolbjerg. It yields 70-80 litres of water per second. There was once a water mill at the spring, which was dammed to create a mill dam. Using a turbine, the mill provided the villages of Gravlev and Oplev with power for a period of time in the early 1900’s. Since then Egebæk fish farm was built. In 1997, the fish farm was discontinued after being bought by the Danish Nature Agency. The spring pond was recreated with a winding course and the dams removed. In connection with the restoration of Lindenborg Å in 2009, the course of the stream was prolonged out to the small river. In Egebæk spring there is a healthy and natural population of trouts. The many small trouts feed the kingfisher, which are often seen along the stream.