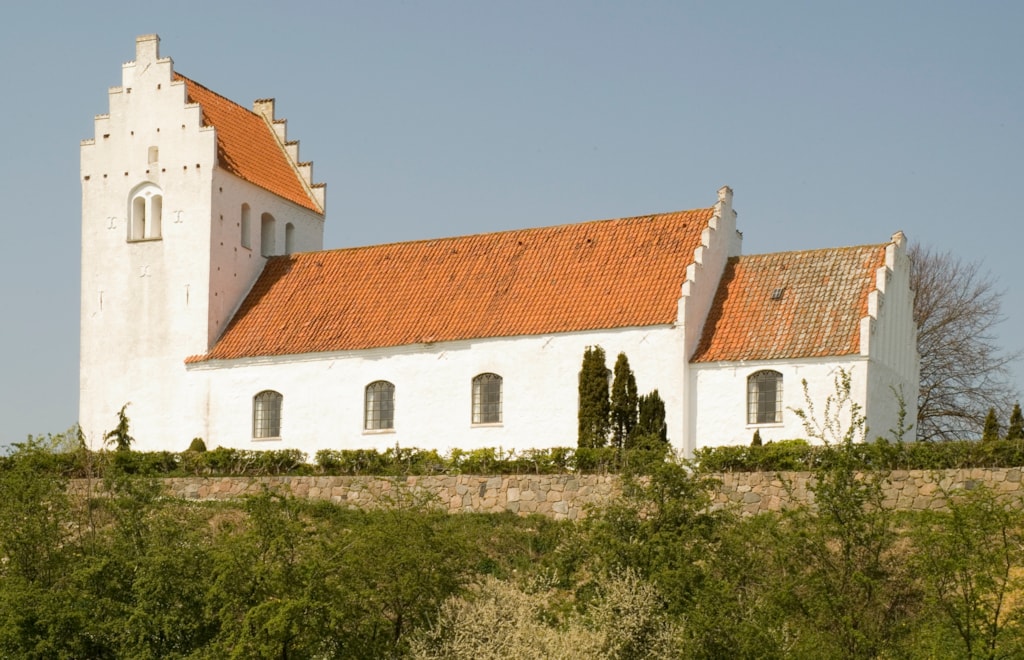 The Earl of Bothwell, the third husband of Maria Stuart, was buried in a coffin in the crypt under the side chapel of the church. He died as a prisoner at Dragsholm Slot in 1578.

The nave dates back to the 12th century and the choir and tower to the 15th century. The porch, the vestry and the side chapel are from the 16th century like the door to the porch with the beautifully ornamented dragon pattern which is said to come from a dragon from Dragsholm.

From the church decoration, the following should be emphasized:
- Frescoes from the 14th cent. in the beamed ceiling of the nave.
- The glass painting by Kræsten Iversen from 1955.
- The choir crucifix from 1500.
- The carved altarpiece from 1641.
- The pulpit from 1596.
- The altar from 1575 where the biggest treasure of the church is placed: The famous bible of Christian III from 1550.