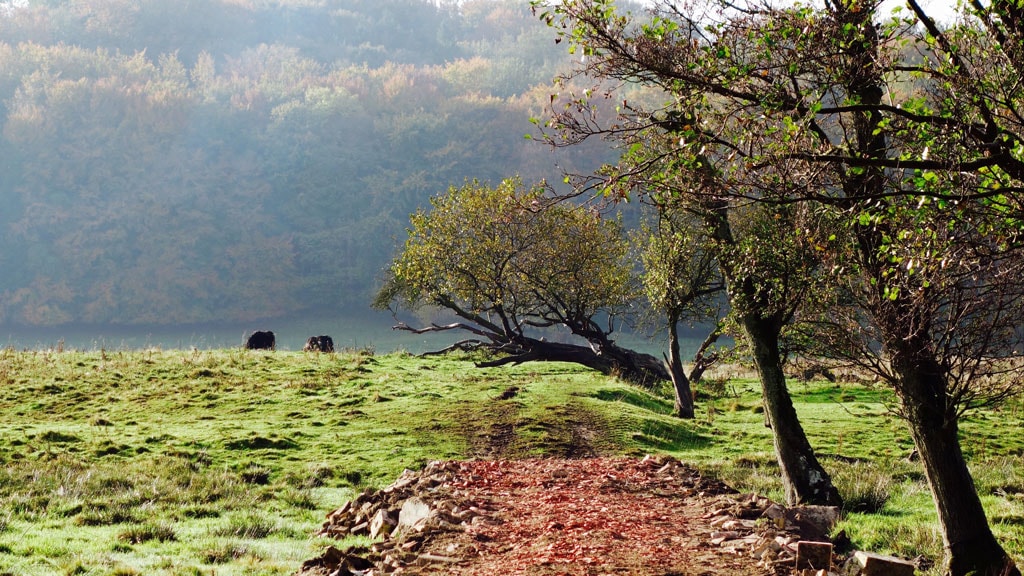 Many years ago there was a lake in Illerup Ådal (River valley) and it covered an area of around 10 hectares (ca. 25 acres) The lake eventually became overgrown. In 1950 an extraordinary find was made in the old lake an since then more than 15.ooo objects have been excavated, in particular weapons, military equipment and harness.

The finds have proveded an invaluable knowledge about the past. In the period between 200 AD and 500 AD the Iron Age people sacrificed war booty in the lake after the battles with various Scandinavian tribes.
The Ministry of the Environment and Energy has bought about 33 hectares (ca. 85 acres) of Illerup Ådal an almost all the area is now subject to conservation laws.

The remaining archaeological treasures in the ground are now secures against drying out as the water level in the area has been raised. In and around the lake and in the meadows nearby plants and animals have also benefited. There is entry to the area along a footpath.

Please show respect towards the livestock in the river valley.