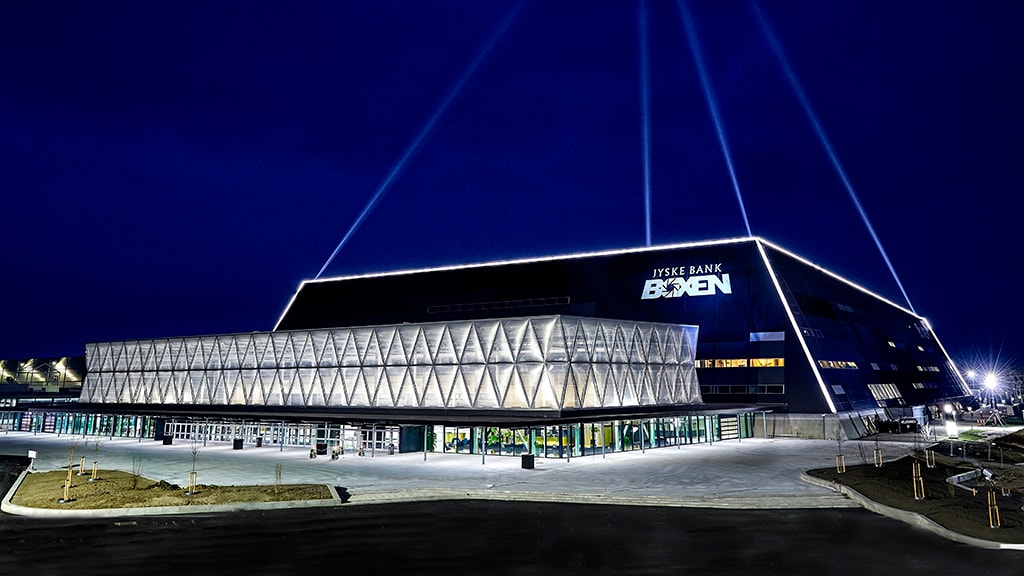 Foto: VisitHerning
Activities
Community Centres
Jyske Bank Boxen is an experience mecca for all of Denmark. The multi-arena has been designed with an endless amount of service and VIP facilities that make it possible to host national and international experiences there, mainly focussing on sporting events, concerts, shows and other entertainment.
Indirizzo

Herning often hosts massive national and international events. Some of the larger events take place at Jyske Bank Boxen and there is a lot of hard leg work involved in turning the large arena into a spectacular and audience - friendly venue in such a short time. However, the team at Boxen make this huge change look like a piece of cake.

To see how Boxen changes into a swimming stadium in 45 seconds visit www.visitherning.dk/boxensforvandling