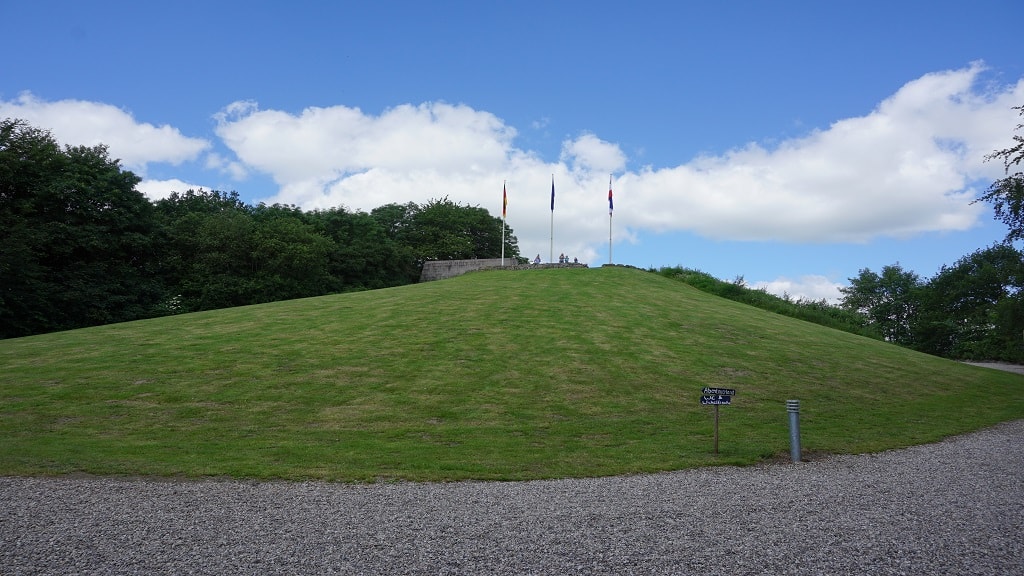 Knivsbjerg is a ridge between Haderslev and Aabenraa. The site was established in 1893 as a meeting place for German-minded South Danes. In 1901 a 45 meter high granite tower was erected as a memorial with a statue of Germany's Chancellor Otto von Bismarck. The statue was moved to South Schleswig just before Sønderjyllands reunification with Denmark in 1920. Knivsbjerg remains the central gathering place for the German minority in Denmark. Every year in June they organise Knivsbjergfest. In 1962, a memorial grove was built for 665 fallen from the German minority who voluntarily participated in the World Wars.