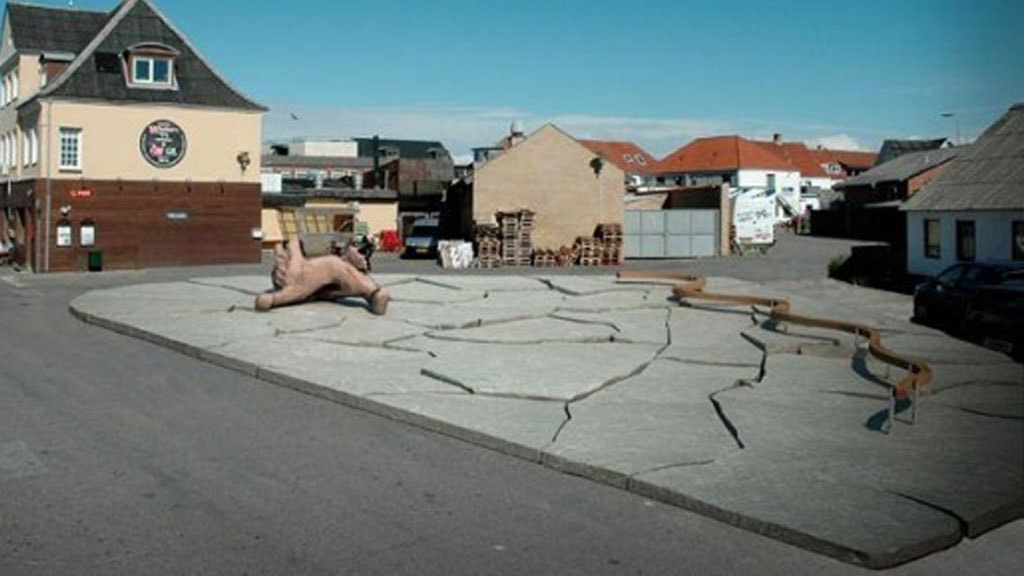 Foto: VisitNordvestkysten, Hirtshals
Attractions
Monuments
"Small tectonic square" is centrally located at Hjørringgade in Hirtshals and is named after the moving tectonic plates in the ground that cause earthquakes and volcanic eruptions. The work is a commissioned assignment from the art committee in Hjørring Municipality.
Indirizzo

"Little tectonic space" is named after the moving tectonic plates in the earth causing earthquakes and volcanic eruptions. The work is an order from the art committee in Hjørring Municipality.

The idea of working “Karens Plads” in Hirtshals with large stone slabs, a bench in waveform and a lion in violent motion, came after visiting the square several times. Hirtshals is exposed to natural forces, both the wind and the sea have always posed challenges.

The work is structured as a large granite wicker, made of many large granite pieces. 400 tons of raw granite that floats on light. On the edge is a wild lion, also in granite. Large, wavy eggboards that form benches.

“Claus Ørntoft” has even chopped them into a granite fracture in Sweden. Here he dragged the entire space and pieces up and began to drill and wriggle.

When darkness falls on, there is a slight light under the stone slabs, so you get the feeling that the big plates will float. The site was opened in March 2016.