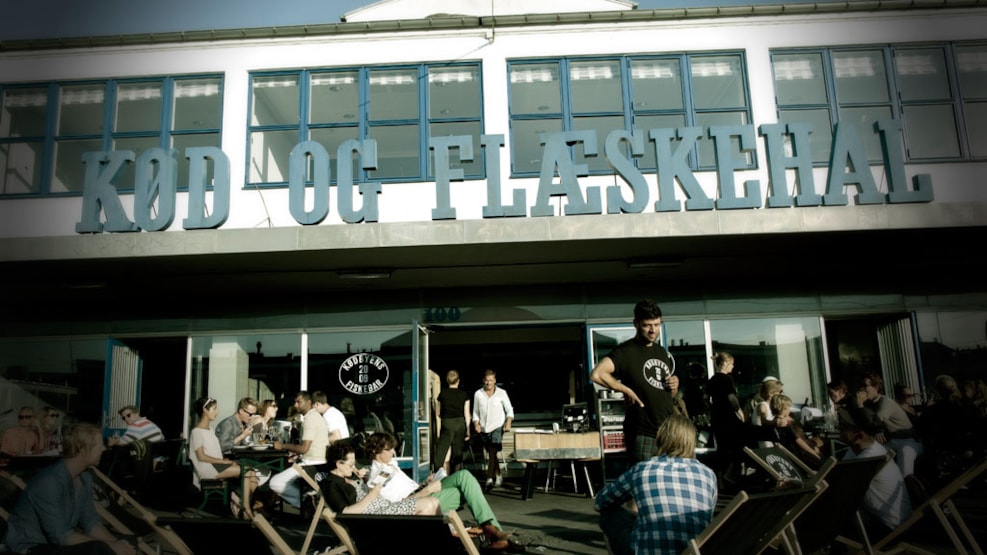 The Meatpacking District is an area of ​​Vesterbro that has housed the meat industry for many decades. It consists of three separate areas called the white, gray, and brown Kødby according to the color of the buildings.

In the early 2000s, when the City of Copenhagen realized that the functionalist buildings from the 1930s in Halmtorvet might interest other than just butchers, a vision of a new cultural melting pot began to take shape. The Meatpacking District is now a creative cluster where Copenhagen's new and trendy places open, such as restaurants, nightclubs and art galleries - alongside the slaughterhouses that still operates here.

The Meatpacking District is one of Copenhagen's most popular places to go out. Among other things you find art galleries, such as V1, Gallery Poulsen, and Bo Bjerggaard, the tea shop Aunt T, and Butcher's Lab - a combined gallery and gym. The Meatpacking District is also home to a variety of restaurants. Try the organic BioMio, some of the city’s best burgers and pizza, wine and dine at Paté Paté, or eat fresh fish at Fiskebaren.

The area is known for a lively nightlife with Jolene, Mesteren og Lærlingen, and Bakken right next to each other. The buildings and facades are listed, so you will not find any big name signs on the facades. Therefore, it can sometimes be a little difficult to navigate. Likewise, many restaurants, bars and galleries preserved the old slaughterhouses tiles and raw frames.