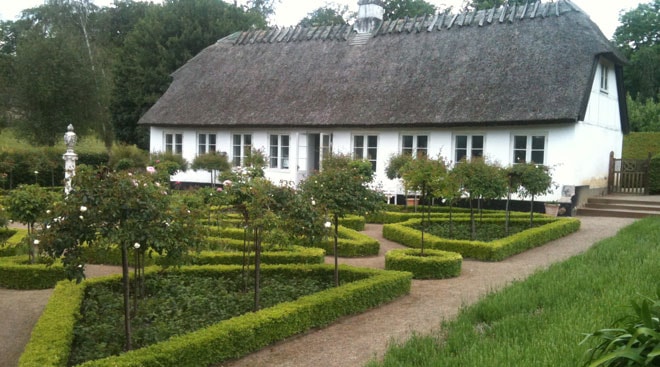 In Gentofte not far from Copenhagen, Dronning Louises Tehus (Queen Louise's Tearoom) is located in the newly renovated, beautiful Rose Garden, which was originally devised by Queen Louise herself.

The Queen was King Christian IX's wife, living in the second half of the 1800s. She enjoyed her roses here and spent the summers with her husband and their many children, who later married into European royal families.

The tea is served in the garden by the rose-covered pergola in silver-plated tea sets and English porcelain, which Chaya bought at auctions in Scotland.