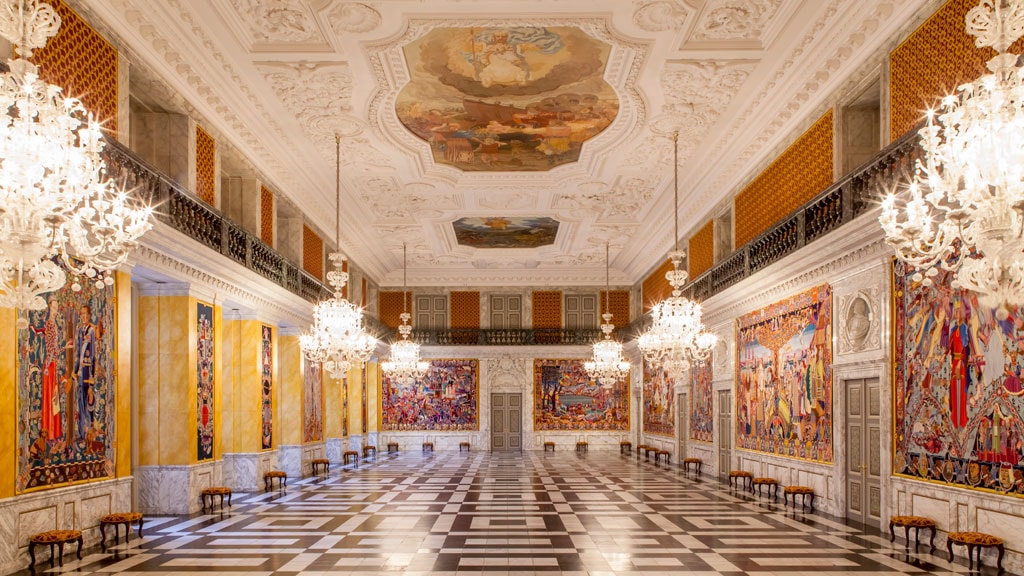 The Royal Reception Rooms at Christiansborg Palace in Copenhagen are used by the Queen for official occasions.

These occasions include representative dinners in connection with the official visit of foreign heads of state, the official New Year's Banquet, and for receiving newly appointed ambassadors when they come to deliver their credentials.

The Reception Rooms are richly adorned with furniture and works of art rescued from the two earlier palaces, as well as decorations by some of the best Danish artists, such as Nikolaj Abraham Abildgaard, Christoffer Wilhelm Eckersberg and Bjørn Nørgaard.

Admission during opening hours, provided that the Queen and the Prince are not using the premises for official occasions. Guided tour in English daily at 15:00. The tour is free of charge when regular admissions has been paid.