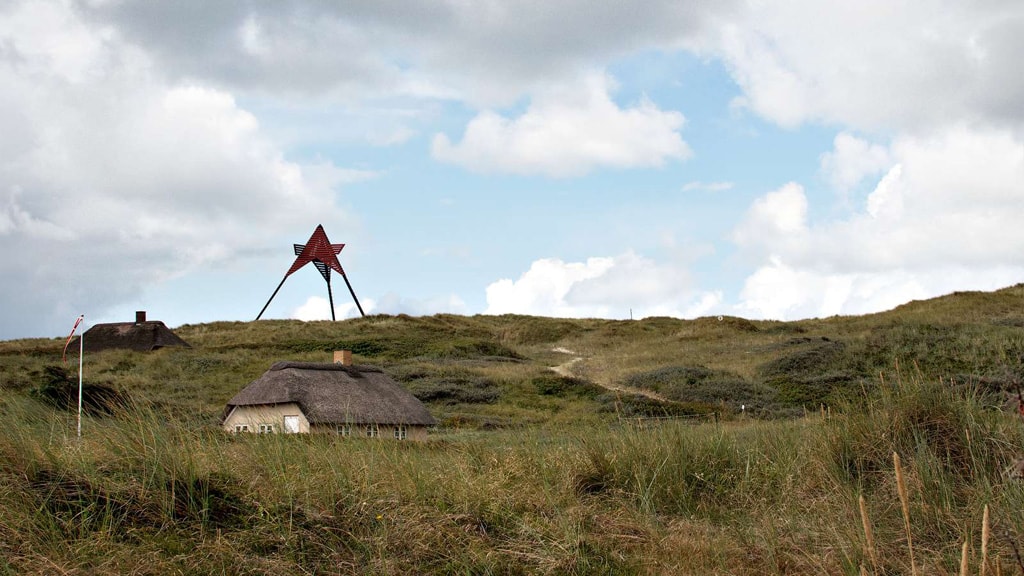 The 11 meter high seamark at Vedersø Klit was erected in 1884, and protected in 1997. In 2007, local citizens set up a group to preserve "Båken", as it was worn by wind and weather. It was therefore re-established in 2011 from weather-resistant materials, and moved further into the dunes.

The seamarks along Jutland's west coast are tall, sculptural, three-legged wooden structures that date from 1884-85 and are part of a combined system of seamarks that the then Coast and Dune System erected to improve sea safety.

The seamarks are up to 12 meters high and the "heads" can be a circle, a triangle, a square or another easily recognizable figure, all of which were drawn as signatures on the charts so that the navigators could determine the exact positions of the ships.

The seamarks no longer have any maritime function, but together with the rescue stations are considered important cultural-historical and architectural features in the West Jutland coastal landscape.

The name "båke" is derived from the German "Baken" or "Bavn", which in the Middle Ages was the term for a stack of firewood, ignited as a signal fire in a high-lying place.

In 2007 local citizens formed a ‘group for the preservation of Vedersø Båke’, which had been worn down by the elements.

The following year 5-7 meters of the dunes disappeared in a powerful storm, leaving the båke just a few meters from the new and unsteady dune edge.

Therefore it was re-built in 2011 with weatherproof materials, 75 meters to the south and 30 meters further inland.