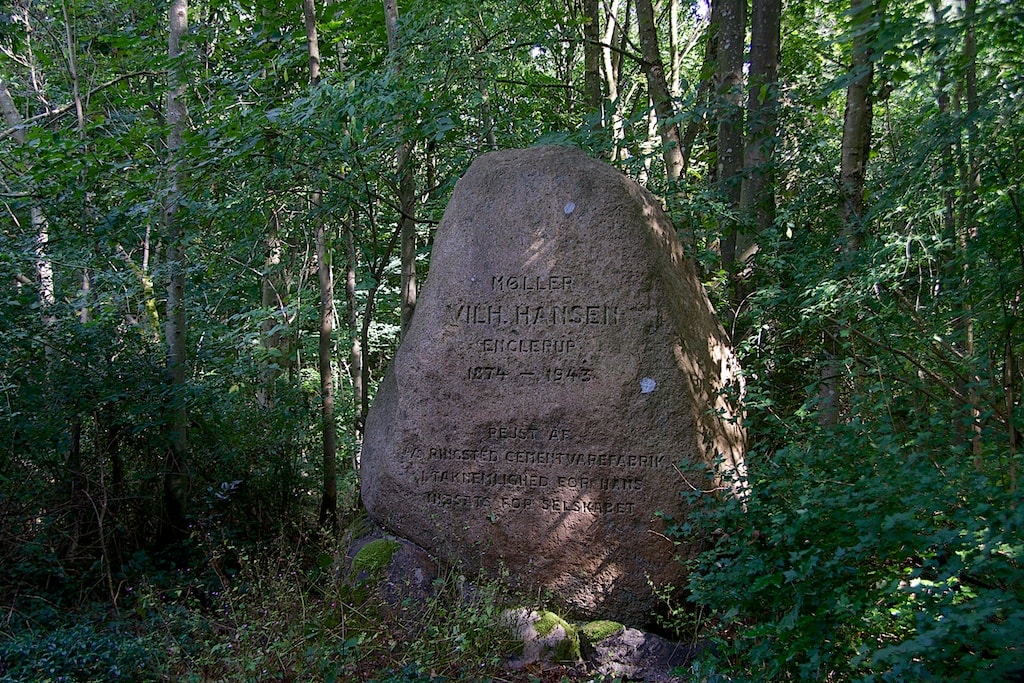 Memorial Stone for the miller Vilhelm Hansen, Englerup, placed on 9 December 1944 by Ringsted Cement Factory. The Factory started in a nearby gravel pit, where the stone was found.

Vilhelm Hansen was a very active man with many honorary offices.

The stone was carved by the stone mason Svenstrup and is now placed on Ømarksvej close to Englerup Mill.