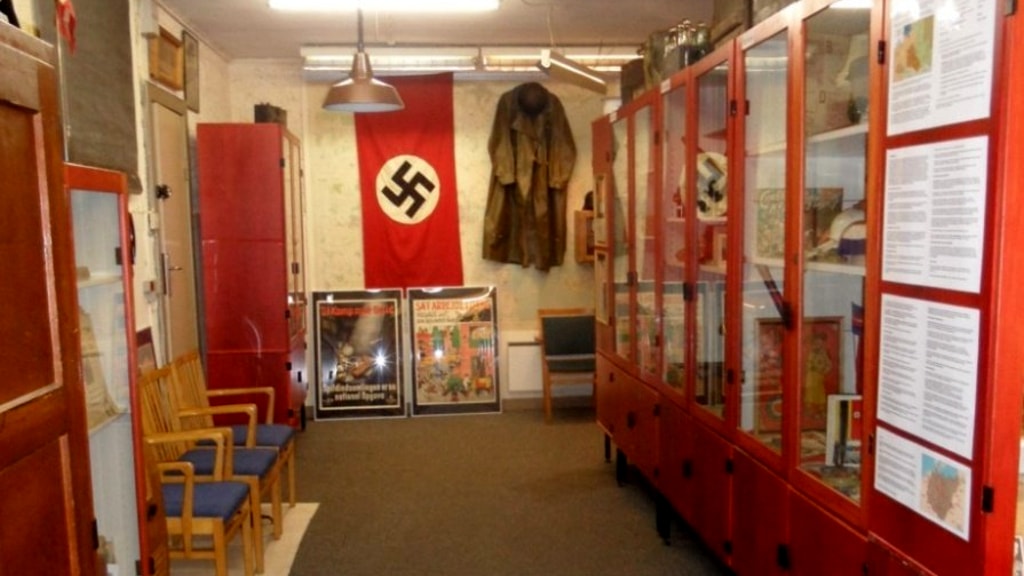 An experience that contains both good stories about police work and stories behind the resolution of several major cases - and a trip back in time to Denmark during the occupation. It is only open for groups, so please contact us for further information.

- I was on a weekend stay in Skagen, where I saw their bunker museum. Then I thought that if they can get so much out of it, then what can't we get out of our piles here? These were the words of Kolding's mayor Jørn Pedersen when he inaugurated The Occupation Time Collection on Rømøvej 4 on November 9, 2012.

The mayor and occupation collector Frank Hansen previously attended the same class at the School of Commerce and it was through this that Jørn got to know the collection. Therefore, in the fall of 2010, he called Frank to inquire if he would make his collection available to the public. In return, the municipality would pay for rent and light, water and heat.

The bunker, which for a number of years had served as a "cold war bunker", had long since served its military service and is now used as a museum bunker. The museum today displays many of the items that appeared during the occupation and which give an insight into the occupation years 1940-45. The booths are divided into different categories.

You can see effects stemming from the KZ camps and a Red Cross package that is still content. A few booths contain some German remains as uniform parts from the Luftwaffe and a few daggerts.

The museum also has some colorful and fun effects from the liberation days, such as a gas mask container turned into a coffee pot. Armbands were also part of the occupation and the collection has some variants of the known armband with the shield, but also some unknown unknown armbands.

Then of course there are also illegal magazines, printing machines, blackout lamps and curtains, all of which have in common that they came into existence during the occupation of Denmark. Tobacco cultivation is a small chapter for itself that has also been accommodated.

A few of the slightly more noticeable effects that can be seen at the museum are a complete gas generator, a Matador locomotive with Hitler under the board, and one of the German helmets, which after the liberation was converted into pistol pots here in Kolding. House work from Horserød and Frøslevlejeren shows, among other things. the famous seed ladle and some homemade playing cards.

The museum also has its own small crew library which is available for free use. Of the drop-off effects, the museum is also well represented. You can see one of the very rare drop-in radios with code book from SOE.

The museum is open by appointment. Contact Frank Hansen on 23666488. Price DKK 20, - including guided tour, where you can stand with the original effects in your hands. You are welcome to bring beer, soda, coffee and cake as there are tables and chairs for 20 people if you come as a company.