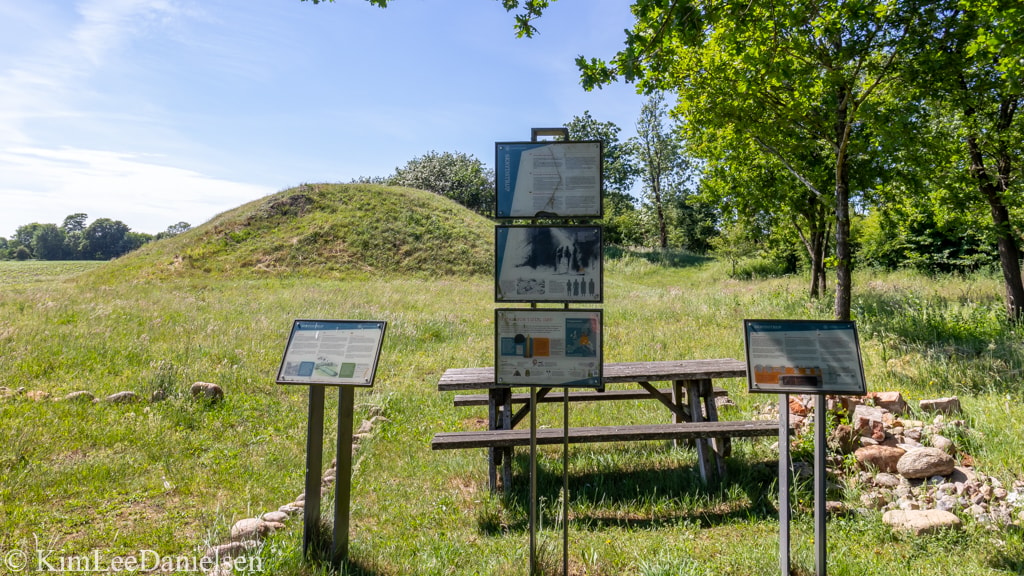 Grave of the Skrydstrup Woman

The oak coffin grave lay in the centre of the bottom of the arrow, covered itself was not preserved. The Skrydstrup Woman lay in the coffin on a cowhide, clad in a blouse with albowlength leeves, wrapped and covered with a pice of woven wollen cloth.
Next to her head lay an intricately-worked cap made in the technique called "sprang". The most striking feature was the woman's coiffure, a high "rococo" style which must have taken several hours to fix, with assistance. A gold ring was placed round each ear.
The coiffure and the gold rings, the oak coffin and the barrow, all indicate that the Skrydstrup Woman belonged to a socially well-situated family. The families who lived by the Hosts' Road seem to have traded furs, amber, bronze and gold with lands to the south. The finds are on exhibition at the National Museum in Copenhagen, but Haderslev Museum has made reproductions of the costums itself. On Vojens you can also find a statue of the Skrydstrup Woman.
A sign by the Vojens-Over Jerstal road points to the barrow.