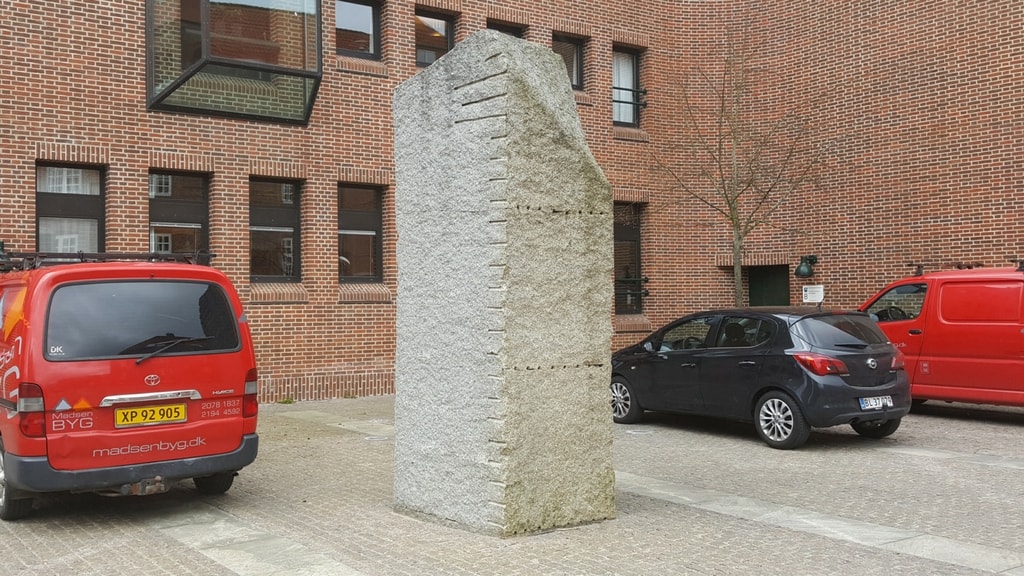 Outside the City Hall stands the German artist Ulrich Rückriems (born 1938) "Stenskulptur" (no year), which was established in 1991. It was given to the municipality of Holstebro by the Danish National Arts Foundation in 1991 as the mark of the 25th year of the exhibition of "Woman on Cart".

When you call Rückriem minimalist, it's almost an understatement. His works neither vaunt or boast about themselves. They're just standing there. However, that does not mean that Rückreim works in the blind. The granite is carefully selected before it is blown out of the cliff side, and the stone has been cleaved completely consciously. What he does is to place the stone in a new context, and he solves this task with great care. It is about the volume of the stone relative to the surroundings and the stone as material. The robust granite that has existed for millions of years against the fragile human life that rushes around it daily. So here it stands and whispers about the distant creation of the earth. (Source: 99 Værdier - Kulturkanon for Holstebro Kommune)